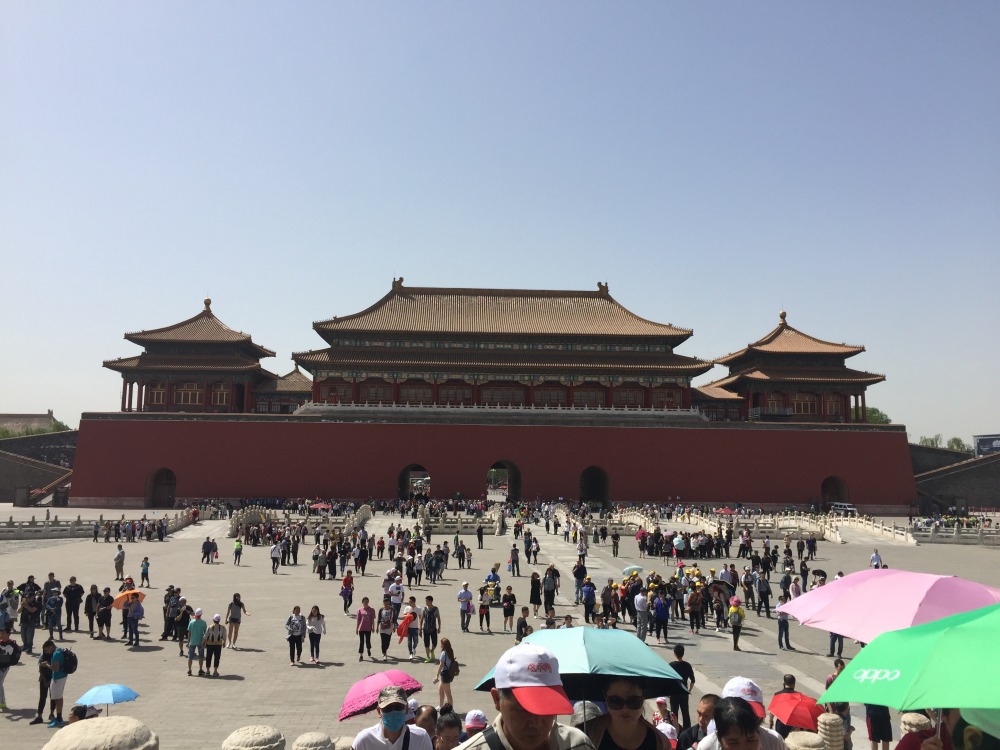 Today we took a trip back in time by visiting the beautiful historic sites in Beijing. We began the day at Tiananmen square, which was only five minutes away from our hotel. This is where the the center of the Chinese government is located. It’s the equivalent of Washington DC and it is where Chairman Mao’s, the Chinese Emperor who is praised for his service as ruler, body is resting. We weren’t able to go into any of the buildings but the buildings were still cool to look at. There were hundreds of waiving red flags and huge posters of Chairman Mao. After we left Tiananmen square we went to The Forbidden city. This was a major highlight of the day. The Forbidden city was home to the emperor’s back during the days of the dynasties. There were so many huge, intricate buildings that we got the opportunity to look inside of. Most of the buildings, again, we couldn’t go inside of but we could still see how they looked. There was also two giant lions on the outside of the city: one being male and one female. At the end of the city tour we grabbed a traditional Chinese lunch before we went to one of the oldest parts of Beijing. It was a small town that was home to some of Beijing’s oldest citizens. We got the chance to take rickshaw tour through the small town. Halfway through the tour we got to go into one of the houses and hear stories about the town and its people by a 70 year old man. To finish off the day we went to the Temple of Heaven where we were able to see the temple, which is actually where animals were sacrificed to the Gods for good fortune. At the end of our tour there we got to take part in a tai chi lesson, which was a fun relaxing way to end the day!